“What lies behind us and what lies before us are tiny matters compared to what lies within us.” This statement is an iconic quote made by the American poet and essayist Ralph Waldo Emerson. People often look different, talk different and have different viewpoints but almost always have the same end result in mind. Both Tom Whitecloud’s character in the story “Blue Winds Dancing” and I have many differences in almost every conceivable area of measure. We are not the same race, age, or possess the same beliefs or values. It would be easy to draw the conclusion that we are the proverbial “apples and oranges”. But it is only upon closer inspection that there are such striking similarities between the two us that they seem almost nearly identical.

The Author’s character in his story ventures away from the reservation from which he was raised and attends a college far from his home. He is not learning the history and philosophies of his ancestry but the supplant information to override those truths with Eurocentric ideals. This setting has a unique effect on him because the teachings he learns there directly contradict and seemingly belittle the traditions of his people. The protagonist comes to a conclusion that he does not fully relate to his fellow tribesman or the white students. And from this point the character makes a choice to abandon one of these ideals in favor of fully embracing the other so he leaves school and finds his way back to his reservation to be with his family.

Similarly, I have also made choices that have led me far away from my home. I have adopted a whole other cultural mindset in addition to the one I was raised with. I accomplished this means by enlisting into the United States Marine Corps immediately after graduating from high school. This decision had greatly affected my life but did not improve it in the way in which I thought it would. I, like the protagonist,  found myself balancing two lifestyles that were not intermixable and causing growing communication problems between my personal relationships as well as my job. I elected to only focus on the choice that had more impact in my life and concluded my service to the Marines after two enlistments.

In contrast to how the actual mechanics of each tale unravel, the end result is quite polarizing. Whitecloud’s character in the end of his story concluded that he wanted to be free and live as his people did without the added adoption of the white American culture. He returned home and was accepted back as a member of his tribal unit once again. He realized that his familial bond was too great and needed to be more prevalent in his life whereas I have not espoused the same fervor for being close to my family. Upon leaving the Marines I did not return to where my family lives but settled down farther away to establish my own identity and endeavor to make my own way. This is an interesting answer to how people approach evolving their ancestry in modern times.

There are many interesting and varied people in the world who have so many different and unique cultural processes. A person can easily forget that the choices we all make as humans nearly always reflect the same sentiment towards some basic values that are inherent to us all: family, love, duty, responsibility are just a few. This knowledge leaves us all with the thought that maybe for all of our striking differences we are more alike than we realize… 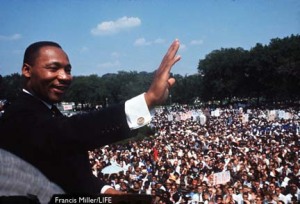 On August 28, 1963 beneath a sweltering Washington D.C. sun resumed a journey for redemption that had begun nearly four hundred years earlier across the mighty Atlantic Ocean. As a people who, stripped of their pride and dignity were utilized as an expendable resource in a foreign land to carry out the tasks that seemed to be beneath the doing of white hands. These “tasks” that those slaves were burdened where the toils of enduring harshness that have built the very bedrock of our land. And from that land over three hundred thousand men and women of all colors and religious denominations have congregated at our nation’s capitol to embody a growing outrage that was not being given proper remedy.  Those that gathered where; of assorted and varying race, unified with one another, and peaceful but thunderously demanding that an end be brought to the injustices that had been delivered to them through the cold motions of indolence and dispassionate action from their government.  Here in front of the Lincoln Memorial, Dr. Martin Luther King would have seen the masses that collectively gathered and displayed no sense of individuality or apparent distinction from one person to the next. Here, all is how he must have envisioned in his dream. And from this place of turbulence and roiling unrest articulated and with all the soothing nature his clerical background could muster he imparted an ever hopeful plea into what was to become a lighthouse beacon shining through the darkest of nights. A plea that Illuminated even the most bewildered and lost souls to usher in a new chapter of peace and brotherhood for every person who would call themselves American.

Although, in light of the many advances and tolerances we now enjoy in today’s society there is a small, creeping notion to uphold the walls of indifference that were built up so long ago. Though the fires of racial injustice have been all but extinguished, beneath those very ashes smolder the embers of dissension and mistrust.  We  are 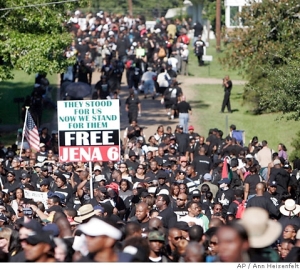 now faced with not reigning in the fiery content of a person’s speech or ending the malicious content of their actions, but to try to open the most important of all conduits; our minds. We have now in recent times seen such blaring examples of the old world that still fester within the very halls of justice.  Actions that sharply contrast our popular ideal of what equality and progress have come to mean. Travesties such as the “Jena 6” in which there is an obvious bias in how ” law” is metered  out to even our own children.  And unbelievably, no clear resolution was made to correct these missteps until the verge of a civil thunderstorm was brought to bear on the small town of Jena. This abhorrence of  justice was a flashpoint to causing  old familiar labels to be made again and giving those who had not yet been burned by hatred a chance to stir those ashes and unearth that underlying intolerance renewed.

And still, after almost forty six years, those prophetic words of peace and harmony that Dr. King spoke to us  have struggled at times but certainly have endured. We are no longer a country  openly divided which can sanction 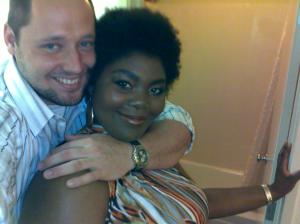 arbitrary laws that limit the expansion of a person’s intellect or bar an individual  from using the common facilities that are public and located at reasonable distances or means. We have learned to co-exist and become the richer for it. The examples of our cultures merging is apparent and all around. From seeing couples of mixed racial background freely enjoying each other’s company to school children sharing their lunches at recess. The time for wholesale bigotry has been brought to a much needed and abrupt end.  We have, in less than fifty years, done much to level the partitions that stand between unity and the union of improving our lives together. We are making strides to uplift the status of the most exalted of all religious teachings, fellowship. We have proudly claimed a victory to that end with the overwhelming election of our forty-fourth president. These are extraordinary times that would surely have made Dr. Martin Luther King very deeply satisfied with the evolution of his aspirations. Time is the healer of all wounds but the ointment which promotes a strong and healthy recovery is the faith of the people who carry their vision high and share it for all to see. 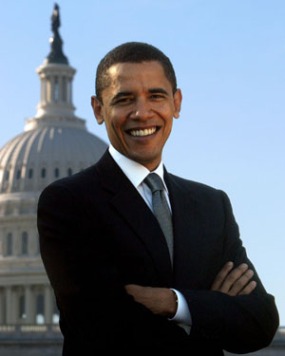 way. Good men and women who have at their end compiled a portfolio of understanding and compassion for even the ones who have dealt them their final blow. We have lost irreplaceable minds in senseless acts. These losses have incited everyone at one time or another to question whether or not the cause is lost. We are reminded of the sting that accompanies the departing of heroic icons that brave the unrelenting odds and the void in which they leave in their wake. To have shone so brightly and burned out so young is a painful transition for all to comprehend. But within that grief there lays a strong testament to the validity and urgency of the ever widening chasm they had given their lives to span. For across that great divide lies the sweet tranquility of the Promised Land. And in that sense their struggle seems duly justified.